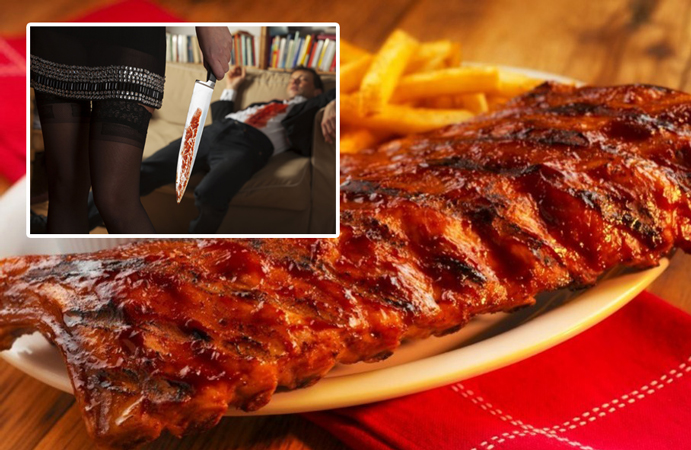 The woman’s brother called police, and said that his sister became violent after he ate her ribs.

Jean Banks, allegedly charged at her brother with a 10-inch butcher knife and said she was going to kill him, according to authorities.

The victim ran from the house and called 911. Police said that when they arrived they received contradicting reports from the siblings.