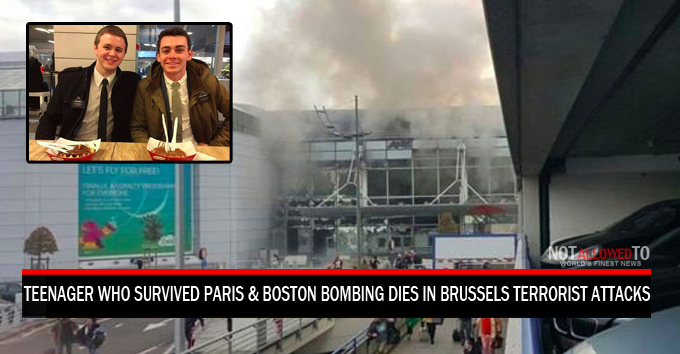 According to reports, this was ‘Mason Wells’ third brush with terrorism – he was also in Paris on November 13 last year and was a block away from the Boston Marathon finish line at the time of the bombing. The 19-year-old, from America, was visiting Brussels as a Mormon missionary and was in the airport at the time of the bombing. He was hit by shrapnel when the bombs, which were hidden in suitcases, detonated.

He ruptured his Achilles tendon and suffered second and third-degree burns on his face and hands, and later died in Belgian hospital. His father told reporters: “He was a hero! He survived two terrorist attacks! This was the third time that sadly in our society that we have a connection to a bomb blast. We live in a dangerous world and not everyone is kind and loving. Not every day is your lucky day!”