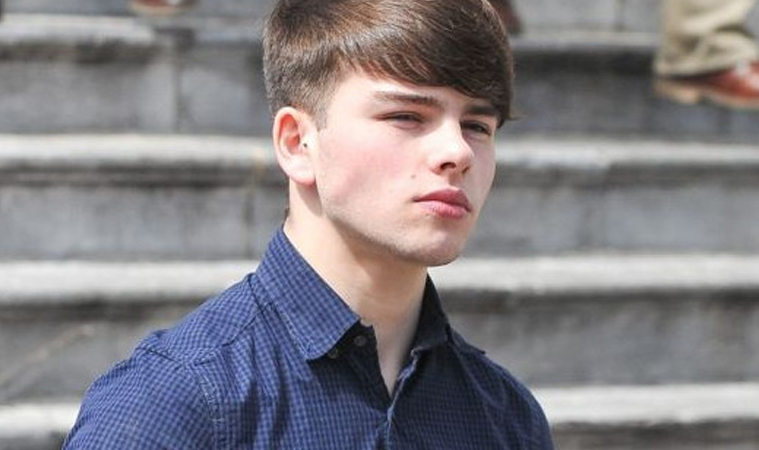 A 17-year old boy from Missouri has launched a civil lawsuit against his parents for naming him Gaylord as a child, a name which allegedly caused him to suffer from a lot of mockeries and even serious bullying.

Gaylord Williams from the small city of Kirksville in Missouri is suing his parents, Dave and Carol Williams, for “deliberately making his life miserable” by giving him “an outdated and prejudicial first name”.

In his allocution presented this morning in front of the Adair County Circuit Court, the teenage boy claims he was an undesired child and that his parents deliberately gave him that first name to make him “a designated scapegoat”.

“They told me several times that I was an accident and that I had ruined their life. When he was drunk, my father even admitted that they had named me like that in order to ruin my life like I had ruined theirs.”

He claims his parent’s ill-intentioned plan has worked, and that he has to endure constant mockeries and bullying because of his name. The young man has even been physically assaulted on several occasions and has even been hospitalized twice.

He says he’s tried to get a name change in the past and asked his parents for their permission on several occasions, but they declined every time.

“My life is miserable! I can’t wait until I turn 18 and I get the right to change my name without my parents’ consent!”

He finally decided to file a lawsuit against his parents in order to obtain a financial compensation for the suffering that they deliberately caused him.

His parents vehemently deny his allegations and claim that they simply named him Gaylord because they liked that name.

Many of these cases are cases designed as “wrongful birth lawsuits” and are often instituted by children with predictable birth defects.

According to official records, this is the first time that American parents are being sued because of the name they gave their child. The actual hearings, in this case, are expected to begin next month.