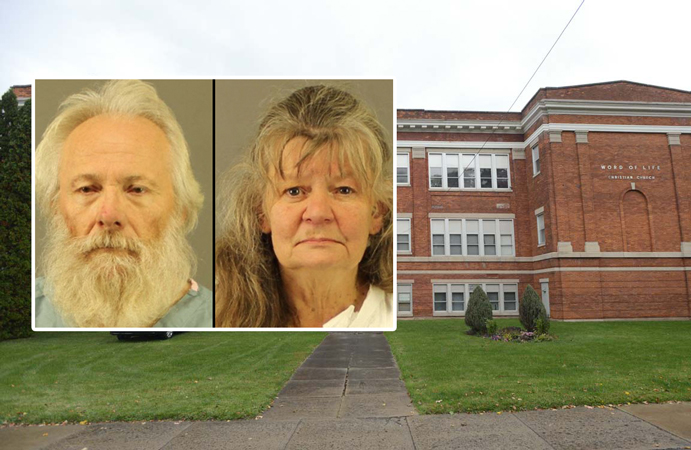 NEW YORK – A couple is being held on suspicion of beating their 19-year-old son to death during a church family counseling meeting, while other parishioners assaulted the teen’s younger brother.

The parents Bruce Leonard, 65, and Deborah Leonard, 59, allegedly beat their son, Lucas Leonard, inside a ‘sanctuary room’ of the World of Life Church. The couple are facing charges of first-degree manslaughter, though they deny any wrongdoing.

The young boy died in the morning after family members drove him to hospital and falsely told hospital staff and police he had been shot. During his autopsy, doctors found extensive blunt force trauma to his torso and extremities.

Four other church members have been charged with assault, as police discovered they had also beaten ‘Lucas’ and his 17-year-old brother, during the session. They have all been arrested on charges of assault in the second-degree.

Both brothers were continually subjected to physical punishment over the course of several hours in the hopes that each would confess to prior sins and ask for forgiveness. It was determined that the combination of injuries and the duration of assault contributed to his [Lucas’] death.

The Church is said to be a small community, with only five families – around 35 people – attending it. When asked by reporters, Inserra could not comment on whether the church was being considered as a cult.