This student was really aHead of the class… 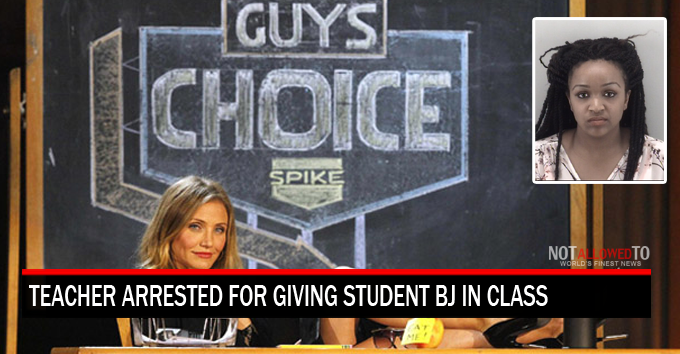 Richmond, Virginia | A 24 year-old teacher has been accused of having indecent relations with a 17 year-old student.

Courtney Stewart has been described as an exceptional teacher at Huguenot High School. While sources say that she was a great teacher, she has been accused of giving head to a 17 year-old male student.

Reportedly, she was arrested and charged with two counts of Taking Indecent Liberties while in a Supervisory Role, which are both felonies.

According to reports, She is a Physical Education teacher that is loved by her students. Many students don’t believe that the allegations are true. Investigators are investigating to determine if there were additional victims.

These teachers are going to get enough of snap chatting their vajayjays to these little boys. Haven’t they learned from the other teachers that have gotten caught in similar situations?