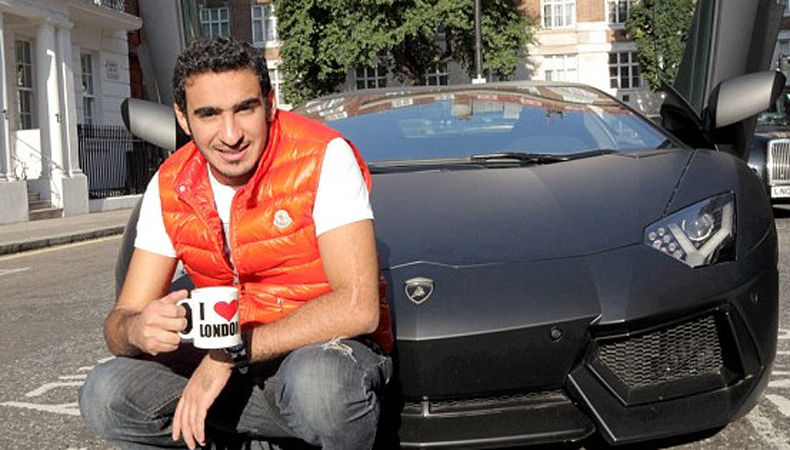 LONDON – Mohammed Abdul, a Syrian migrant that arrived in London three months ago, has developed a thriving business as he now controls over 25 Uber taxi drivers and earns an impressive £200,000 per month.

The man that was forced to abandon his wive and children as ISIS jihadists had taken by storm his home town of Al Mayadin, says it was “more than worth the gamble” he told reporters.

Mohammed has decided to share his inspiring story so that other refugees don’t lose faith. “I’ve been forced to leave behind all that I cherished the most in life, but now I have 1,000 times more” he admits. “If I had stayed in Syria and kept herding sheep, how would I have a ever bought myself a Lamborghini?” he asks, visibly satisfied with the unexpected turn of events.

“Without Uber I would still be a poor homeless refugee. Uber is a great way to make money, and my favorite part is that you don’t have to pay taxes. I now employ over 20 Uber taxi drivers, all migrants like me. I lend them a car and give them a job and give them 20% of the profits. It may seem like not much, but in their desperate situation, it is a great deal for them” he boasts, visibly proud of his accomplishment.

Mohammed believes the United Kingdom is the greatest place on earth to start from scratch. “Here I can continue to practice my Muslim faith without fear of prosecution. I am also very privileged to have found love once again” he admits, with a tear in his eyes. “Allah has been so great to me, I will for ever be his servant” he acknowledges with a sense of deep serenity.

Mohammed still thinks of his beloved spouses and children in Syria and says he prays for them every day. “I will never forget them, wherever they are, but I have a new life here, new opportunities and challenges and I bless Allah every day for this new life that he has offered me” he explains, before heading off into the sunset in his brand new £250,000 Lamborghini.