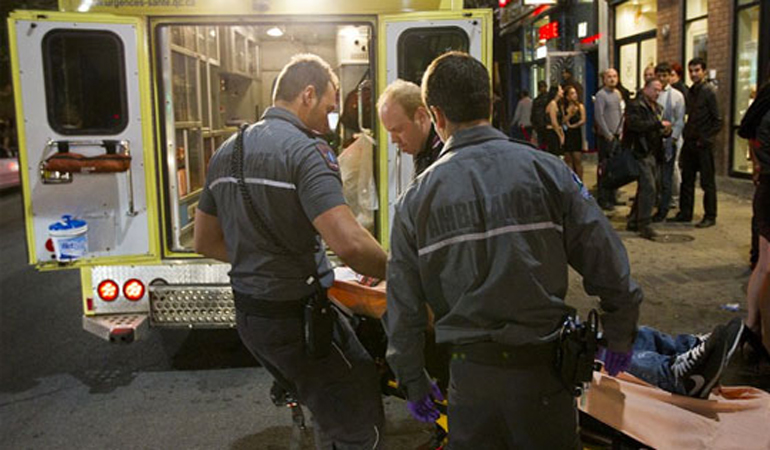 MONTREAL – A young 23 year-old student died this morning after spending more than 12 days without eating during a self-inflicted hunger strike.

The young student “Alex Mathew” at University of Quebec in Montreal wanted to protest against “the potential health hazards” linked to time change while suffering from severe chronic insomnia, a debilitating condition exacerbated during periods of time change.

“I told him that no one was going to support his cause!” explained his best friend. “Nobody cares about time change! He could’ve protested against austerity or demand more money for education, but a hunger strike against time change? C’mon! ” he commented with deep sadness.

The family and relatives still believe that the young man did not die in vain.

“It may seem strange to some, or even completely insane, but for Alex it was an important cause and I know that, wherever he is, he can be proud of what he has accomplished,” said his mother, Monique Mathew, visibly still in shock.

Alex Mathew wanted to denounce the thousands of victims of psycho physiological insomnia, a condition exacerbated by time changes each year, says psychotherapist.

“Alex suffered from a severe form of insomnia called psycho physiological insomnia, a serious condition where the person suffers so much from not sleeping that she finally becomes afraid to lie down and is unable to fall asleep” says the specialist.

More than 4,000 deaths are attributed to time change each year, numbers that have been steadily increasing, warn experts.