A 20-year-old Canadian woman, Alexis Frulling enjoyed s*x with two male friends at the Calgary Stampede, and were secretly filmed. The video was posted on reddit and social media sites and went viral.

The 20-year-old dancer and her two friends from Calgary, had been on their way to a Wiz Khalifa concert during the annual Stampede – a rodeo, exhibition and festival in the Alberta city. The trio got the idea for a 3s0me and went down a ‘discrete downtown alley between industrial buildings,’ for some privacy. 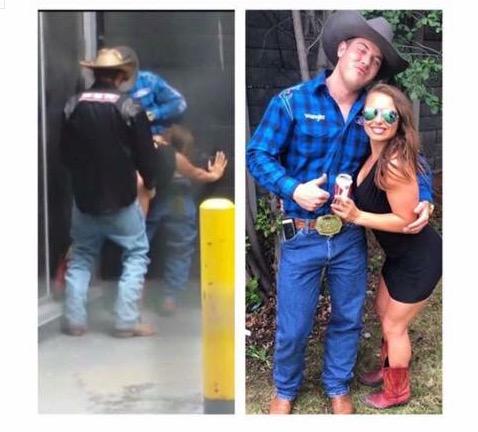 Since then shez known as “Stampede Threes0me Girl” as she was getting smashed by two dudes outside the festival “Stampede”. She took the “fame” like a champ and even went on to post a youtube video about the entire situation.

She is a dancer. Last night she was the guest of honor at a club and took the time to recreate the event with some other dancers.

She Bend It Over Like Alexis!! Had an amazing time working with this beauty on lineup last night . #inspiration #babes #alexisfrulling 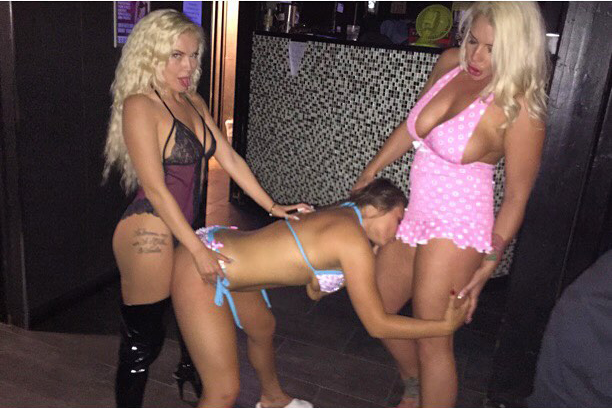 THE FAME KING reached out to her in hopes of locking her up for her first movie.

She seems to have some support behind the film. 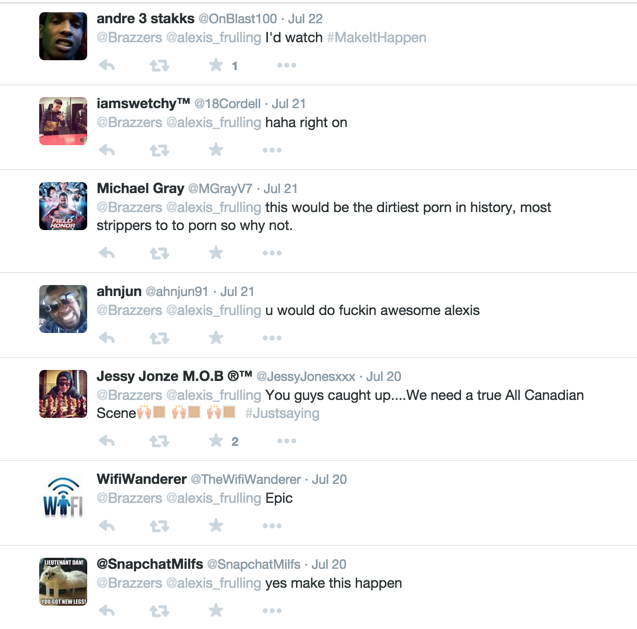 Only time will tell, what this girl does next..!