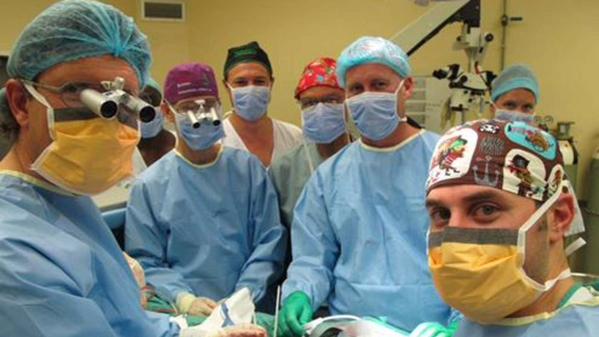 STELLENBOSCH, South Africa — A South African university said Friday that it had performed a successful pen*s transplant. The transplant was done in a nine-hour operation last December by specialists from the faculty of medicine and health services at the University of Stellenbosch.

Prof. Andre van der Merwe, head of the university’s urology department, told that they were able to convince a family to donate a deceased relative’s pen*s after devising “a pen*s-like appendage on the corpse using a leftover skin flap and to use the corpses organ for Weiner Transplant ” “The family is much happier to send the body to the grave with something resembling a pen*s,” van der Merwe said.

The patient had his pen*s amputated three years ago following complications from a circumcision performed in his late teens, the university said. The 21-year-old patient, whose name was not released, “has made a full recovery and has regained all function in the newly transplanted organ,” the university near Cape Town in southwestern South Africa said. It was at least the second time the procedure had been attempted.