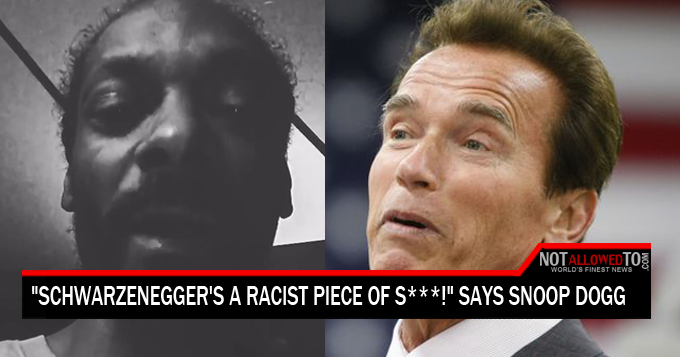 Snoop Dogg blasts Arnold Schwarzenegger for his final act as the Governator, shortening the sentence of a killer.

Snoop is really pissed seething, calling Arnold a “punk motherf******” and a “racist piece of s***.”, after Esteban Nunez was released from prison 10 years early — whose father was one of Arnold’s political allies.

Nunez was convicted for manslaughter, his father is Fabian Nunez … who was the CA State Assembly speaker, and a close friend to Arnold.

On the last day he was in office, Arnold shortened Esteban’s sentence from 16 years to 7.

Snoop is really pissed about what he sees as cronyism … and because his friend Stanley “Tookie” Williams — a famous leader of the Crips — died by lethal injection in San Quentin Prison in 2005.

Arnold refused to stay his execution.