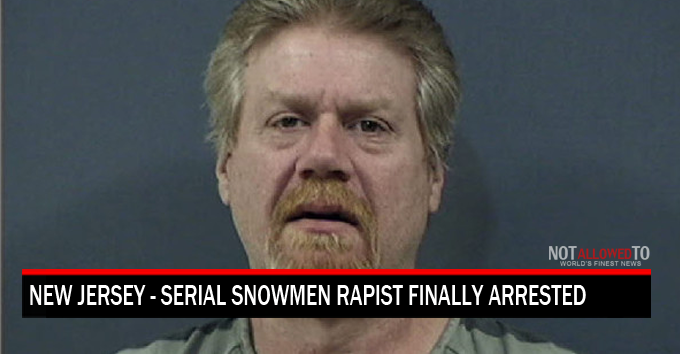 NEW JERSEY – A man was arrested last night in Cumberland County, after being caught in full action with a snowman, in the backyard of a family’s residence.

Robert Michael Emerson, 57, confessed to committing over 30 similar crimes across the county since December 2014, claiming that he was a “snowmosexual”.

Many similar incidents had indeed been reported over the lasts months, and police had asked for public’s help in January, to identify a man presumed to be a “serial-snowman-rapist”.

Unfortunately, the call for help turned into an internet joke and no information came out of it.

Kevin Joyce, Cumberland County Sheriff, said that the arrest could easily have gone wrong, due the mental instability of the accused.

“The accused claims he is attracted by snowmen and was unable to resist” Sheriff Kevin Joyce, told reporters. “His story is completely incoherent and he obviously needs a psychiatric evaluation. For all I know, he seems to suffer from various weird hallucinations. We can consider ourselves lucky that he only attacked snowmen.”

Mr. Emerson now faces 86 criminal charges, including disorderly conduct, disturbing the peace, indecent exposure and public intoxication. Before the procedures can begin, however, he will undergo a complete psychiatric evaluation to determine if he is fit to stand trial.