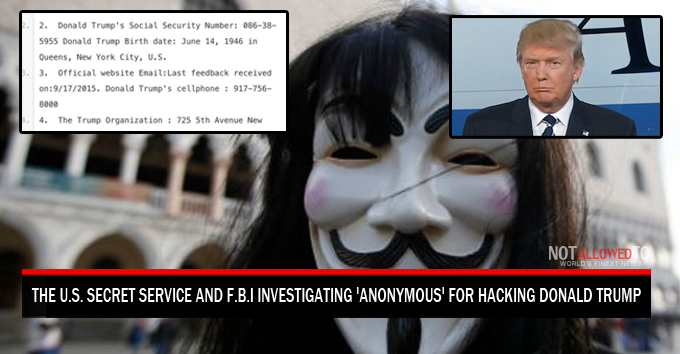 The hacktivist group ‘Anonymous’ are being investigated for hacking Donald Trump and allegedly leaking his phone and security numbers.

Anonymous called on “every able person with a computer” to join the war on the Republican front runner and kicked off the #OpTrumpmovement on Twitter.

Anonymous vowed to relaunch cyber-operations against Trump and threatened to “dismantle his campaign. 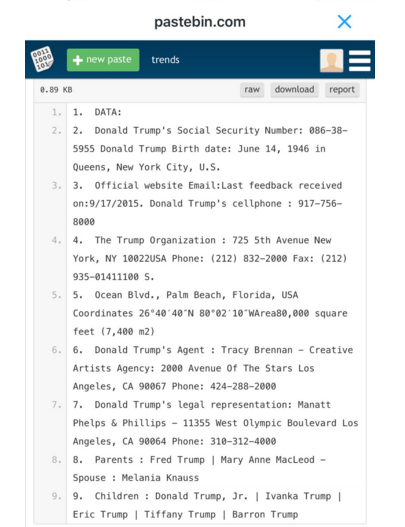 A secret service spokesperson said: “The U.S. Secret Service is aware of the Internet postings of Candidate Donald Trump’s personal information. We are working with the Federal Bureau of Investigation in this matter.”

The group officially “declared war” on the US presidential candidate after he gave a radical speech calling for Muslims to be banned from entering the United States.

Whats unclear is the connection between the hactivist group’s activities and a letter sent to the Manhattan apartment of Trump’s son, Eric, threatening harm to his two children if the candidate remains in the race.