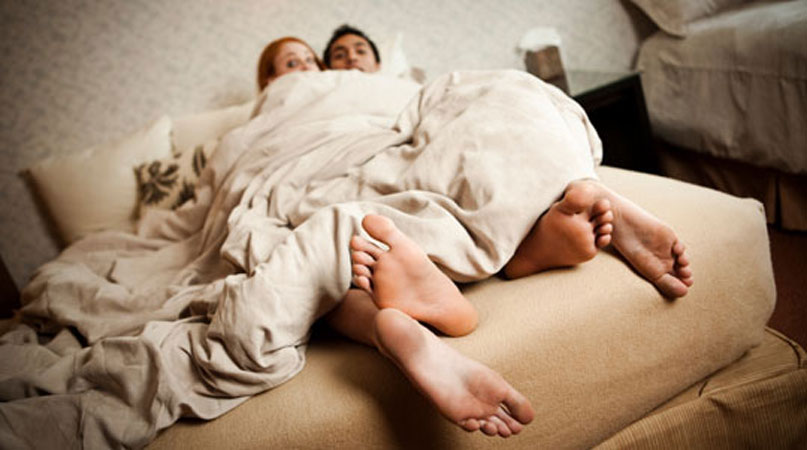 The Distraught Husband Wrote – My wife and I are coming up to our 10th anniversary, and my friend and I have known each other from school days.

But four weeks back, I came home early, went into my bedroom and found my best friend on the bed, between my wife’s legs. They were both naked.

My instant reaction was to get a machete from the back of the house. But within a few seconds, I realized that that would be a wicked thing to do. So I just sat down in the kitchen, and poured myself a small drink.

After a few minutes, both came into the kitchen fully clothed. My wife was crying, and she tried to hug me. My friend was saying ‘I’m sorry, I’m sorry.’ And he tried to shake my hand. But I just yelled at him.

After half an hour, I calmed down and we all sat down and tried to talk it over. My wife begged my forgiveness. But I did not give it.

They both said that it was the first time that they had been to bed. My friend said that he had just called around with some grocery supplies for us. He said that the two of them had suddenly started kissing – and then ‘fallen into bed.’

Since that afternoon, things have been very difficult at home. I have not been able to have sex with my wife, though she has begged me to. One good thing was that last week her menses arrived, so at least we know that she is not pregnant by my friend!

A few days ago, I arranged to meet my old friend in a quiet bar. He was very contrite. He told me that he had always found it difficult to control his sexual appetite. A few years ago, that had caused the break up of his marriage. In fact, I had long been aware that he was what they call a ‘ladies’ man.’

He begged for my forgiveness, and after much discussion, I did say to him ‘I forgive you.’ I am a religious man, and that seemed to be the right and proper thing to do.

But there remains the question of my wife. At the moment, we hardly touch each other. And since that terrible day, I have not been able to say ‘I love you’ to her. But I do, I really do… Also, she keeps saying she loves me and not the other guy.