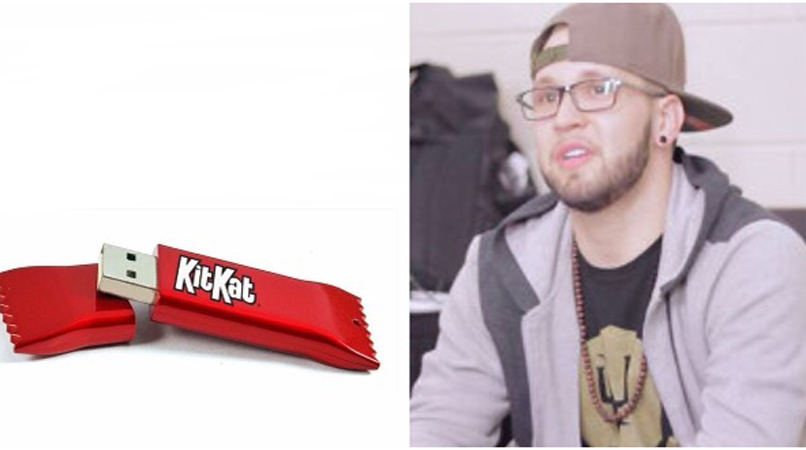 OHIO – A rapper went all out to promote his new mixtape on Halloween by passing out flash drive’s of his new mixtape “Don’s Devils Knight” disguised as Kit-Kat Bars to all the kids in the area.

Parents were disgusted by his attempts to promote his rap music about guns and drugs to kids in the neighborhood. Police have arrested and charged the rapper “Don Juan” with promoting illegal content to minors.

The rapper released a statement: “Man they trippin I was just tryna eat u feel me?, I already paid my dues been to all the labels tryna get them to hear my demo and no one calls me back so I had to do what I had to do to get my music out there, if the kids like slim Jesus they will love me, I think they just hating because I’m bi-racial and I went to private school”

One disgruntled woman who caught her 13 year old son listening to the mixtape said “I caught billy playing that trash and I threw it out, the nerve of this guy giving my son this poison to listen too I hop they lock his a** up”.