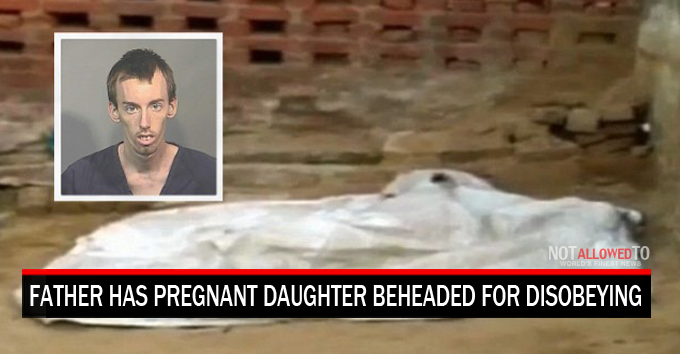 A man has been arrested for allegedly having his pregnant daughter beheaded because she had married a family servant against her father’s wishes.

According to police report, the hired killers beheaded Renu Kumar and threw her head out of the moving train near India’s northern Uttar Preadesh state.

Reportedly, the girl had married a man nammed ‘Pankaj’, a domestic servant working in her parents home. The two even eloped since the woman’s family opposed the marriage based on caste. However, the woman visited her family this week to make up. Her father, Vijay Kumar, convinced his daughter, who was six months pregnant, to undergo an abortion before he would accept her husband.

According to initial investigation, when she boarded a train with her father to go to an abortion clinic, the hired gunmen tied her legs and hands and then sliced off her head with a sword. They threw her head out of the moving train. The father made no move to stop the attack, even though his daughter cried and begged for help.

Railway police official had been arrested and confessed to hiring the attackers. The actual killers remain at large.