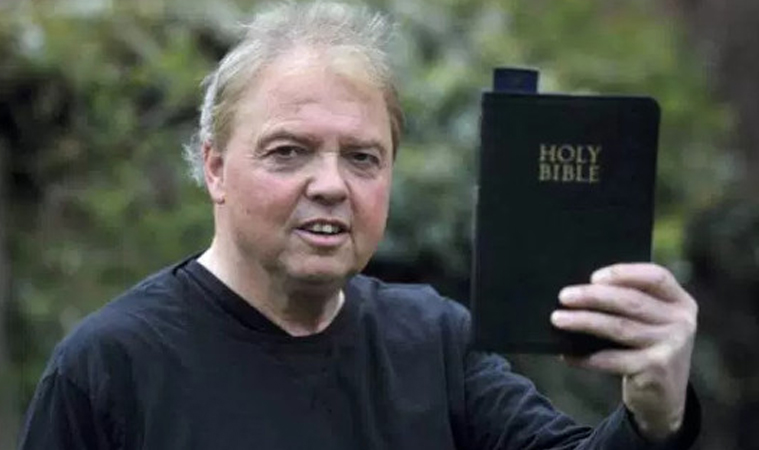 A preacher from Topeka in Kansas finds himself at the center of a controversy after he bragged that he had “cured” his son of his Islamic faith by forcing him to eat an entire Bible.

In a radio interview, the 53-year old leader of Holy Zion Topeka Baptist Church, Bill Phelps, admitted that his 23-year old son had “briefly flirted with Islam” two years ago.

Mr. Phelps says his wife and him immediately took “radical measures” and were able to “bring him back in God’s light”.

“He wouldn’t listen to us when we warned him about Hell, so we figured we had to get the word of God inside him one way or another.”

The couple came up with a rather unusual solution: tying up their son up and forcing him to eat all 1,200 pages of the Bible.

He says they ambushed their son after dinner, tied him up, and kept him bound for an entire night in order to attain their objective.

“He knew we wouldn’t let him go until he finished, so he ate it all. It took him more than six hours. We spent the entire time praying and splashing him with holy water.”

According to Mr. Phelps, the ceremony had the desired effect and taught his son “the danger of exploring other religions”.

He admits that his son has cut contact with his him since the events, but remains convinced that estrangement is due to side effects of his son’s “exposure to an evil religion”.

The preacher’s claims have stirred a lot of mostly-negative reactions on the social media.

While some people recognize that his actions were motivated by good intentions, most readers denounce his violent and authoritarian approach of fatherhood.

Many people have even suggested that the couple committed a hate crime by assaulting their son because of his religious beliefs and should be jailed.