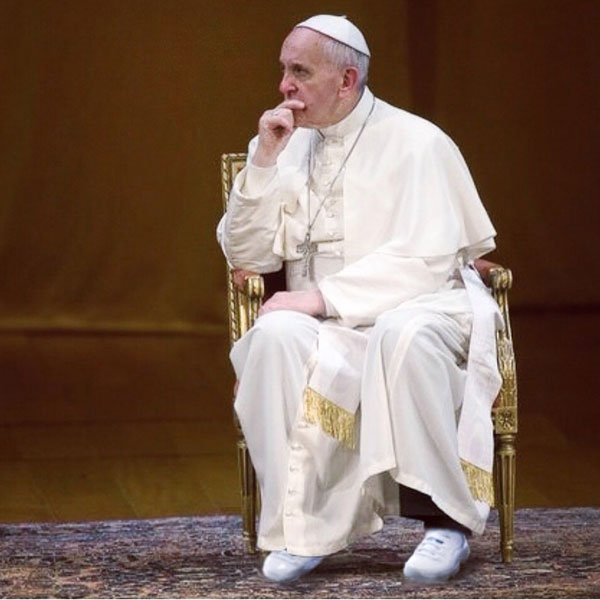 VATICAN CITY – While everyone is waiting for the release of the Air Jordan 11 “Legend Blue” sneakers. It is clear that beloved Pope Francis has also jumped on the Jordan sneaker bandwagon as he was seen rocking the pair of Legend Blue Jordans at a private mass even before the official release date.

While still remaining an important public figure, you can see Pope Francis’ lightheartedness. Not to mention he has a Tupac Shakur song on his MySpace page playlist. We can clearly see the difference between Pope Francis and his predecessor.