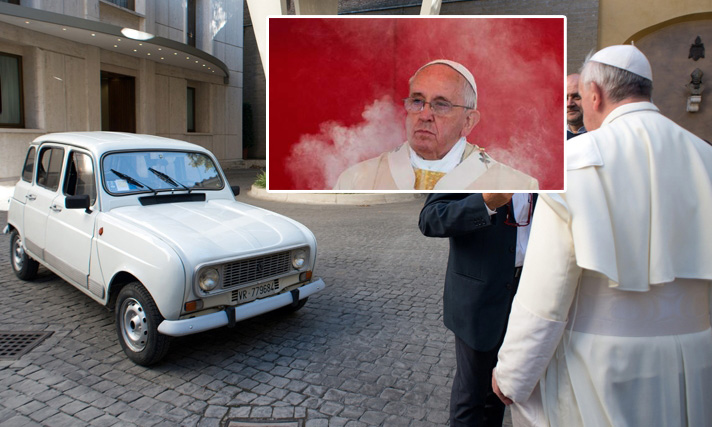 It is being reported that Pope Francis was apparently caught “celebrating 420″. Pope Francis was caught “hotboxing” his car, a used 1984 Renault 4, with 3 other individuals. ‘Hotboxing’ is the practice of smoking marijuana in an automobile with its windows and doors closed, causing all the smoke to build up inside and become very foggy.

Pope Francis is the leader of the worldwide Catholic Church with an estimated 1 billion members. After being asked what was going on by reporters, Pope Francis replied with “I’m stressed, plus 420 so blaze it“, before walking away with the authorities.

For those who do not know what ‘420’ is, It takes place on April 20 annually, the 20th day of April, which is the 4th month of the year, hence, ‘420’. Often referred to as “Weed Day”, the day is celebrated by marijuana users nationwide, and it is celebrated simply by smoking marijuana.