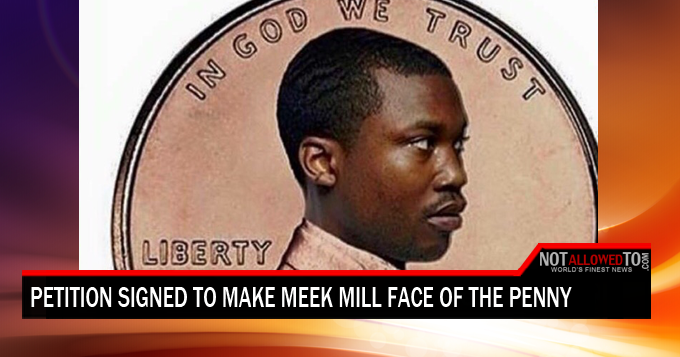 “I THINK IT’S A GREAT IDEA CONSIDERING HE’S A SH*T HEAD, SO WITH THE PENNY BEING BROWN IT’S PERFECT CUZ HE AIN’T WORTH SH*T” – said 50 Cent when he was asked his thoughts on the petition to make Meek Mill the face of the new penny.

A petition with over one 10,000 signatures is on change.org asking to replace Abraham Lincoln with meek mill on the one cent penny.

“EVERYTIME I BUY SOMETHING AT THE STORE AND IT COSTS $9.99 OR $5.99 I TELL THEM TO JUST KEEP THE CHANGE CUZ THAT PENNY AIN’T WORTH SH*T JUST LIKE MEEK’S RAP CAREER, HE’S AS HOPELESS AS A PENNY WITH A HOLE IN IT”

At least 1 Million signatures are required before the treasury department can consider changing the face of the penny.