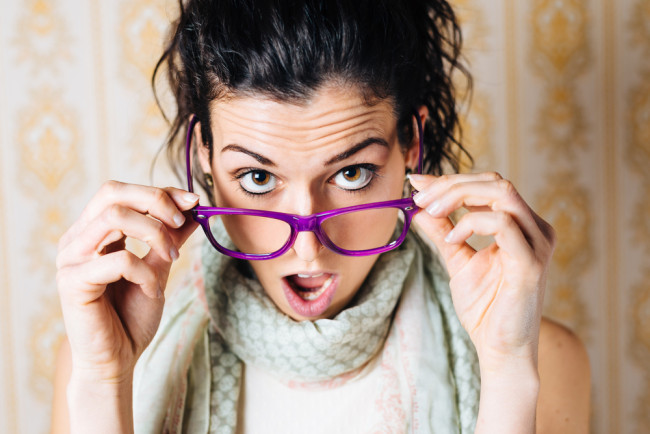 A thread asking ‘what’s the sluttiest thing you’ve ever done?‘ has gone viral and picked up over 10,000 comments from people sharing their dirtiest stories.

If you’re feeling low then its what you need, because some of these stories will get your heart pumping.

KingLeonidatass:
Sleeping with someone purely because of their nationality. I went travelling for a year and played the Flag Game, it’s simple, get as many nations flags as possible by sleeping with someone from that country, the rarer the better. Azerbaijan is my best.

SGT_G:
Played a strip version of exploding kittens with my wife and my female friend which inevitably lead to everyone being n*ked which inevitably lead to being n*ked in a hot tub and drinking some more. Being able to move and touch under the cover of foam and water lead to some exploring of various hands and an impromptu makeout session between my wife and friend basically in my lap which we moved into the bedroom and made the most of in the best birthday present i could ever imagine. TLDR 3some with wife and best female friend on my birthday.

DirtySoapFlakes:
I sometimes f**k random people just so i’ll have someone to eat all the baked goods I make. (I live alone so they’d only go to waste when I don’t eat them).

cats_and_vibrators:
When I was ready to get over a long-term relationship through lots of anonymous s*x, I used Tinder to help me out. I had been talking to this guy for a few weeks and really getting along well with him, so I agreed to meet up. He reeked like cigarettes and was sweaty and nervous. I did it anyway because, whatever, I was there.
I was disappointed in that encounter so I agreed to meet up with another guy who I had been talking to. I drove over an hour away for a second s*x date in the same night. We did it for a very short amount of time, and then he got a phone call that his grandpa had died and couldn’t get his d*ck up for the rest of the night.

Kissette:
me and my friends met this boy M. He became the only guy in our friend group for a while. Somewhere along the way, he admits he has a knee sock kink while we’re playing truth or dare. So, one day we all conspired to wear knee socks to school.
I had him in my first period class, so he saw me first. My seat was right in front of him. All class, I kept standing up slightly as if I was trying to get a better look at the notes on the board, but really I was just trying to see how many times I could shove my a** near his face without him saying anything. He said nothing. But I got a glimpse of his face as we’re leaving, the poor kid was red as f**k.

DabbinDubs:
got kicked out of my catholic school for getting a bj on a long school bus trip.

eviemcstevie:
I made out with a guy at Target because I thought he was cute and the aisle was empty.

cheekyasian:
Flashed my pu**y at a bar full of people and let them take pics

thelizkid:
Went out for drinks with my boss’s boss. Had s*x with him in his car. Ended up marrying him so it’s all cool.

BlackMetalAndChill:
Got a bj from my GF and my best female friend at the same time while ungodly baked. I was too stoned to know what was happening and they stopped before it got really good

Deelia:
F******d one of my exes behind a dumpster at a bowling alley a couple times. I put a stop to that.

InukChinook:
This one missy offered me two cigs to f*ck her.
Totally worth it.

BGW_18:
lol i don’t know whether to be ashamed or not but we were drinking and were both really h*rny. He wanted to eat me out so he did it by pouring the beer into my ass and licked me good. It was amazing.
Dear god I feel like trash for admitting that lol.

AFuentesJr:
Got a bj in the confessional, then lost my house keys…God giveth, then taketh away.

And last but not least…

Alright, there are a whole lot more of these stories over on the AskReddit thread.