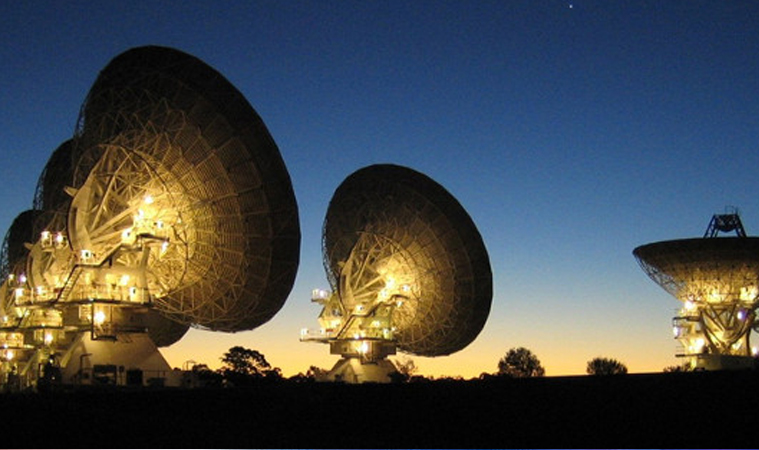 Astrophysicists from the University of California has announced this morning that one of the radio telescopes they use to search for extraterrestrial intelligence intercepted a transmission which they believe could be a message from “God” himself.

The scientists, directed by Professor Dan Werthimer, are part of the SERENDIP (Search for Extraterrestrial Radio Emissions from Nearby Developed Intelligent Populations) project, a program that attempts to intercept and decode radio transmissions from outer space.

They announced that the Arecibo radio telescope, located in Puerto Rico, received a strong narrowband radio signal bearing the expected hallmarks of a non-terrestrial communication, originating from outside the solar system.

The signal is said to be very similar to the famous Wow! signal received on August 15, 1977, by Ohio State University’s Big Ear radio telescope.

However, while the Wow! signal represented an incomprehensible series of letters and numbers, namely “6EQUJ5”, this new signal spells a long series of 29 letters which spell five words in the ancient Hebraic language.

According to the scientists who intercepted it, the message is surprisingly clear.

“The message translates as ‘I am Yahweh, Universal Creator’ or ‘My name is Yahweh, Creator of the Universe’.”

Professor Werthimer and his team do not know the precise origin of the signal, but they have been able to determine that it had traveled at least 120 light years before if was intercepted by their telescope, which proves that the 7 seconds signal is not of human origin.

The news has caused a lot of reaction, from both the scientific community and religious organizations, as well as on social media.

Many scientists across the Muslim world have denounced as “suspicious” the fact that “a Jewish scientist received a signal in Hebrew from a Jewish God.”

Many people and religious organizations have shown great interest in the message, however. Numerous people on social media are also calling it a miracle, while others are already calling for NASA to answer the message.

Professor Werthimer and his team have already announced that they would attempt to identify the origin of the signal as precisely as possible and could eventually make it possible to send a “message to God”.

For now, however, such a feat remains impossible.