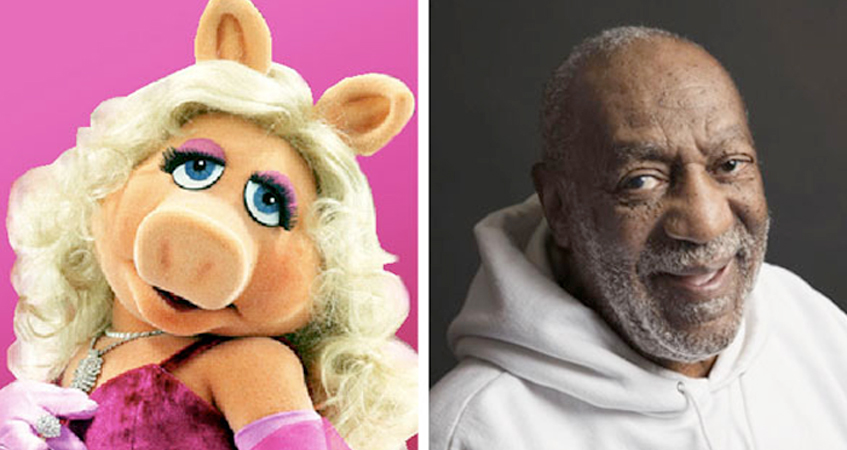 The aggression of the Miss Piggy puppet allegedly took place in the 1980s during a Christmas party in Hollywood where artists of the famous Jim Henson studios were present.

Bill Cosby would have taken advantage of a moment of inattention of the puppeteers to satisfy his sexual appetite with the famous wife of the Kermit the Frog character.

Two of the three puppeteers present believe they were drugged during the event.

“We were having a few drinks with Bill, when suddenly I felt my legs weaken and my head started to spin. I woke up moments later and Miss Piggy was gone. I found her again later in the evening, and obviously, she had undergone some severe abuse” says Frank Oz, who was Miss Piggy’s puppeteer for over 30 years. “I had to throw the puppet away, it was in such a horrid condition” he told a local Fox news reporter, obviously still in shock despite the years.

The news was received as a shock wave on social media worldwide, leaving users utterly disturbed and a with sense of profound disgust.

“Why would anybody desecrate the puppet of Miss Piggy!? What a sick b*****d! All my childhood memories have gone up in smoke” wrote a Twitter user, visibly disgusted by the whole affair. “I hope this sick pervert rots in jail for a long time!” writes another.

Jim Henson studios could take legal action against Bill Cosby who is accused of sexual assault by 46 other women.