NEW YORK CITY, NY – McDonald’s have announced the removal of the renowned clown character (Ronald McDonald) as their primary mascot from all the outlets across United States.

The decision was made after it found visitors spending more time clicking selfies and creating scenes with the mascot than eating, which is why the restaurant was primarily opened for.

People come and order a drink from a Dollar menu and spend hours clicking photos with the clown as if they have just purchased the outlet” Manager of in Newyork disclosed the prime reasons behind the decision.

But it seems this move have totally backfired for now. As people have started to boycott the restaurant. A insider revealed that there has been a 85% drop in sales since the clown was taken.

Bruh, believe me this is crazy!? I just spent my 3 months salary to buy a DSLR to click pics with that statue and post them on Facebook and Instagram and next thing I know they have removed it!” said a young man who was now seen inquiring KFC if they had a similar character outside their outlets.

The management of McDonald’s believes, the clown was beginning to show signs of exasperation already.

We feared he might just come to life one of these days and beat the shit out of people who sit on his lap as if it was their father’s lap, a senior employee of McDonald’s argued. 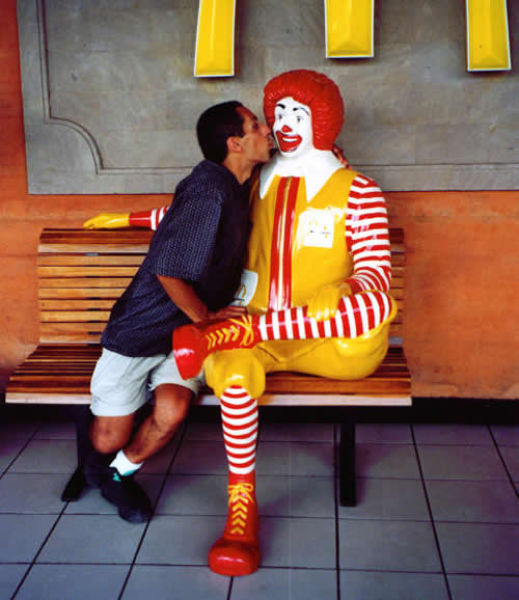 Meanwhile McDonald’s seem to have realized their mistake and is already on it its way to make amends.