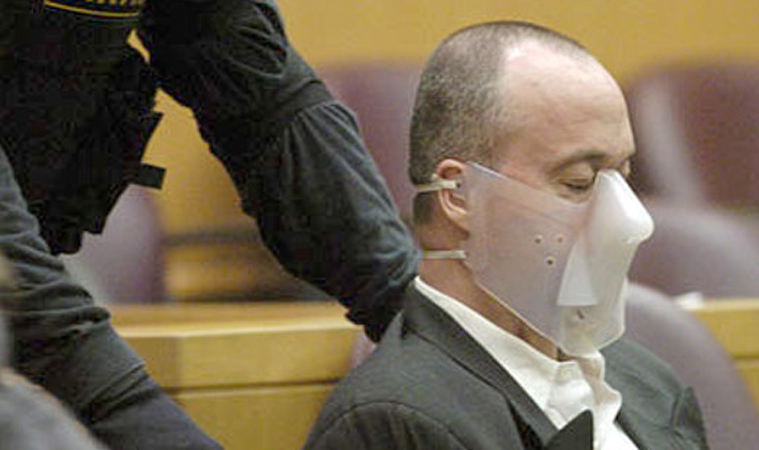 Chicago, IL | A man suspected of killing 12 people and eating their corpses is victim to a “rare eating disorder” according to his lawyer and cannot fully be blamed for his actions.

Jason Hicks who was apprehended this week with 320 kilos of human meat in his freezer raised the suspicion of local authorities after the disappearance of several delivery men working in the area in the past month.

Hicks is also believed to be behind the disappearance of two young paperboys, three mail carriers, several delivery men and two of his ex-girlfriends.

“My client suffers from a rare eating disorder. His craving for human blood and flesh is uncontrollable,” his lawyer argued, claiming his client needed psychological help.

Jason Vernon Hicks who was forced to wear a facial shield in court after trying to bite several law enforcement agents admitted in court his modus operandi was to prey on delivery men.

“I first realized that the food they would bring me was far less appetizing than the delivery men themselves,” he told judge Brown in court, visibly unmoved by the fate of his victims.

“I would just order takeout but half of the time I would end up eating the delivery men instead,” he added.

According to legal experts, Jason Vernon Hicks could face multiple life sentences for murder but will not be charged for cannibalism, as no law officially prohibits the practice in the United States.