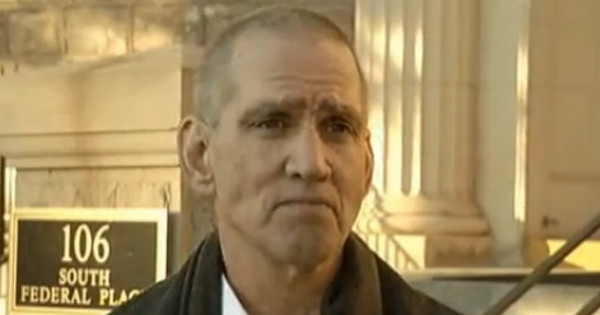 LEWIS-BURG, PENNSYLVANIA – David Brooks is filing a $50-million lawsuit against the U.S Social Security Administration, after being mistakenly declared dead for the third time.

Mr. Brooks, who is unable to work after suffering a serious work accident in 2008, discovered that he had been declared dead, once again, on June 28 2015, when he stopped receiving his disability checks, and his credit card and mortgage payments unexpectedly bounced.

Mr. Brooks suffered from the same mistake from the Social Security Administration in July 2010 and August 2013. The poor man is now angry at the federal administration, which he calls “incompetent and irritating”.

“It’s the third time that they declare me dead and I have had enough of their excuses. The first time, it was a guy with the same name as me who had died in Florida, then a woman with almost the same social security number died and there was a typing error.  I’ve heard a lot of excuses and bullshit but I’m the one who has to pay for their carelessness! It’s a lot more complicated, to prove that you’re not dead. Last time, it took me four months, to fix everything! The incompetence of the social security administration and its employees, has ruined the last seven years of my life, and now I want to be compensated.”

Mr. Brooks said he accumulated between $4000 and $5000 in fees for bounced checks,  and that he hadn’t received the more than $8,000 in disability payments he was owed. Once he was declared alive again, every time, the Social Security Administration only resumed his payments — it wouldn’t reimburse him for missed payments.

“Those disability checks were everything I had, and the $3000 to $4000 I had to pay in fees were also a large part of my income. But more than the financial impact of all of this was the psychological shock. It’s the third time in only seven years that the state declares me dead. It’s harassment! I haven’t been able to enjoy one full year without being “killed” by the social security administration, since 2008! All in all,  I was “legally dead” for more than two years! You can’t even imagine how frustrated I am right now, that they dared kill me once again!” – he said.