Mostly we see news about taxi drivers being rude to their passengers, but this is not always the case. Sometimes it’s the other way around.

A 31-year-old female Taxi driver ‘Kris’ reportedly, picked up 3 passengers outside a pub in Newport, Lincoln. However, when she asked one of the them to close an open door because it was raining, they started an argument.

The argument escalated quickly and the man sitting in the front tells Kris to stop being rotten. 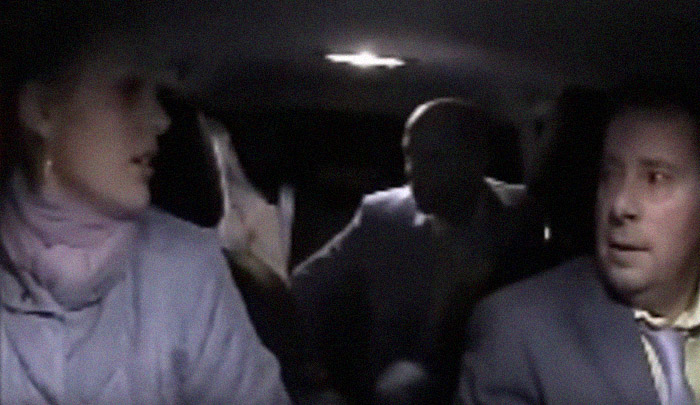 Trying to end the argument, she asks the passengers to leave. But before the front passenger steps out, he spits on Kris’ face and calls her a pig. Kris reported the incident to the police and she was disgusted. Watch the shocking footage:

I hope proper action will be given to those guys for what they did.