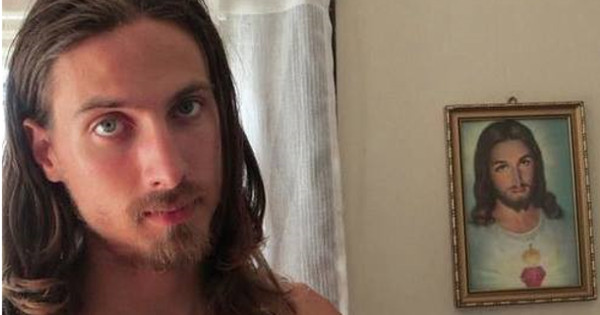 A man from Kentucky spends $250,000 on operations and plastic surgery in order to physically resemble Jesus Christ.

Mark Emery, 31, has been following Jesus’ footsteps in many different ways for several years, becoming a carpenter himself, as well as studying ancient Jewish law and religious texts.

So far he spent more than $265,000 on plastic surgery to change his physical appearance to resemble Jesus. After undergoing a total of 31 surgical interventions, he claims to be “almost satisfied” with the results.

“Instead of buying fancy cars, mansions… I use my money to show my love for Jesus by getting surgery to look like him. I try to live by his example and to be as much like him as I can. For me, acting like Jesus wasn’t enough, I really wanted to be like him and look like him.” – says Mr Emery.

Many people and religious leaders have made some religiously oriented critics, denouncing as “blasphemy” or “heresy” his desire to physically imitate the appearance of Christ.

The Bible itself gives no physical description of Jesus. Many theories have been elaborated by scholars over the years, some of them incredibly far-fetched, claiming that Jesus could have been West African, Egyptian or half-Roman among others, but none of these claims were backed on any proof.

Despite all these critics, Mr Emery says that he is really happy with the results of his surgery, claiming that he now feels closer to Jesus than he had ever felt in his life.