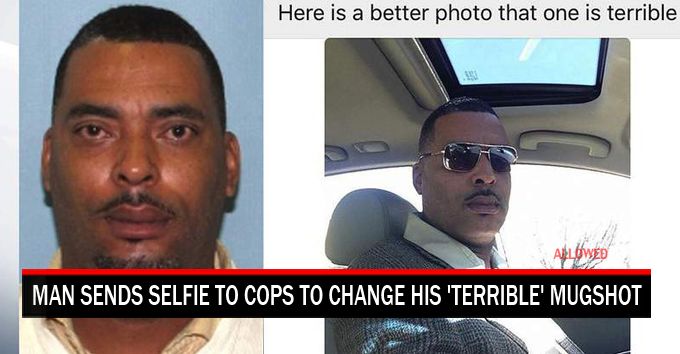 OHIO – A man wanted by police sent authorities a selfie because he says his mugshot being circulated on his arrest warrant made him look “like a Thundercat”.

According to Lima Police Department Donald “Chip” Pugh , 45, was wanted for a failure to appear in several cases including arson and vandalism,

On Lima Police facebook page, they urged people to inform them if they spotted Pugh – along with his mugshot. Pugh then sent an image of himself sitting in a car wearing sunglasses, with the comment: “Here is a better photo that one is terrible.” The fugitive even had an interview with a radio station ‘The Eagle’, in which he claimed Lima Police “just did me wrong”.

He said: “They put a picture out that made me look like I was a Thundercat… or James Brown on the run. I can’t do that.”

Lima Police responded to the photo, by commenting: “We thank (Pugh) for being helpful, but now we would appreciate it if he would come speak to us at the (police station) about his charges”.

So far Pugh has not been caught.