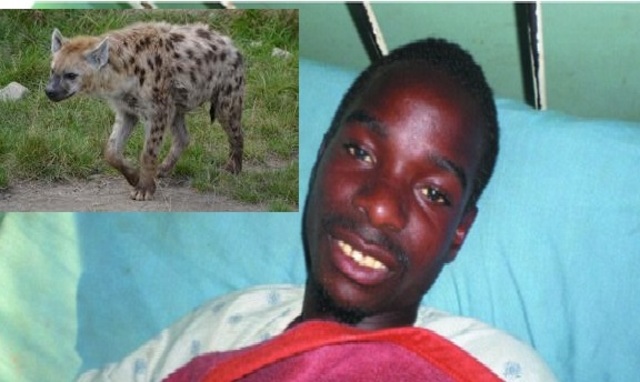 Police in the Makungwa Lufu area of Chipata, Zambia, found, crawling by the side of a rural road, a bloodied man that had been attacked by a hyena. His gen*tals were gone, eaten, as well as three toes. They took him to a local hospital, where they found out that the man let the animal attack him on purpose.

Chamangeni Zulu, 24,  a native of neighboring Malawi, told authorities that after four months in Zambia, he was still doing piecework to earn a living. He met some local business types, who recommended losing a few body parts to get rich, and referred him to a local witch doctor for the sacrifice.

Following the witch doctor’s instructions, Zulu said, “On 9th December, 2014, around 04:00 hours, I went to a bush where I was instructed to be nak*d and a hyena came to me and started eating my toes and eventually my manhood was eaten.” Despite his loss, and the obvious ordeal that must have come with it, Zulu still hopes to become rich.