A shark has died after tourists and lifeguards were video taped pulling it from sea, just so they could pose for photos with it.

They dragged the shark from the waves to the beach, trapping its head in a rubber ring while laughing as it starts floundering and suffocates. 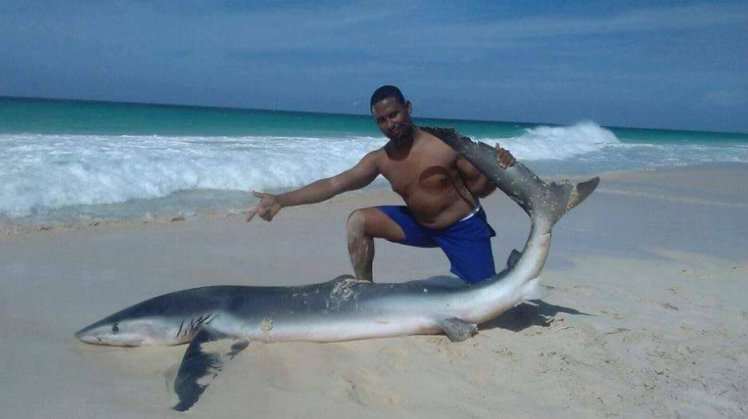 Apparently, the video was filmed in the Dominican Republic, with lifeguards from Hard Rock Hotel & Casino in Punta Cana.

Pictures posted on social media show a number of Hard Rock Hotel staff smiling as they lean over the dying shark. We can only hope that people will start to finally value animals lives, more than their pursuit for a perfect selfie.