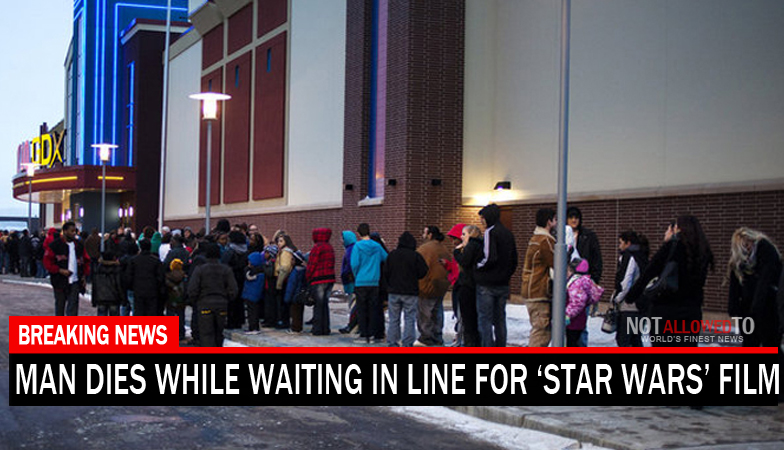 BOSTON – A man has died after reportedly suffering from hypothermia while waiting in line for the new Star Wars movie.

The 29 year-old man, Chuck Conway, had been outside of the AMC Theater in downtown Boston since Sunday evening, trying to be the first in line.

“We saw him line up outside the doors on Sunday afternoon.” said AMC theater manager George Allan. “We couldn’t believe he’d get here that early. It was insane.”

Friends say that Conway was a Star Wars super fan.

“Chuck was a hell of a guy, but not very bright, really,” said friend Mitch Jacobs. “I mean, the tickets went on sale months ago, and he already had a ticket. Hell, AMC even makes you pick your seat ahead of time, so there was literally no reason for him to go stand in line. It’s a real shame he died over something so menial and stupid.”

Disney, the company releasing Star Wars: The Force Awakens said in a public comment that it was “tragic” that a fan had died, and offered sympathy.