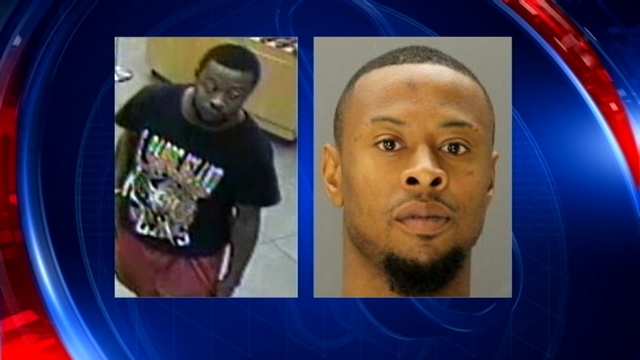 DALLAS | A serial bank robber is behind bars, accused of robbing at least three Dallas banks.

According to the investigation report, he threatened employees with a kitchen knife, and two of the robberies happened in the same day.

Police say he can seen clearly on surveillance images inside the Capital One Bank branch in Old East Dallas. He demanded cash while he held the knife against an employee’s back. The incident happened last Thursday around 9 a.m.

27 year old suspect, Darius Whetstone, was arrested Tuesday after police say he robbed two more banks that morning. The first robbery happened at the Bank of America in Oak Lawn around 10 a.m.

An hour later, police believe Whetstone robbed a BB&T Bank five miles away along North Stemmons Freeway. Police say someone saw the suspect get into a white Toyota marked ‘for sale.’

Two officers spotted it stuck in traffic and stopped the driver. According to police, he surrendered and is now in FBI custody.