The Black Lives Matter Foundation aka BLMF is investigating the suspicious death of young back 21-year-old man, Walter White who has died in the jail. 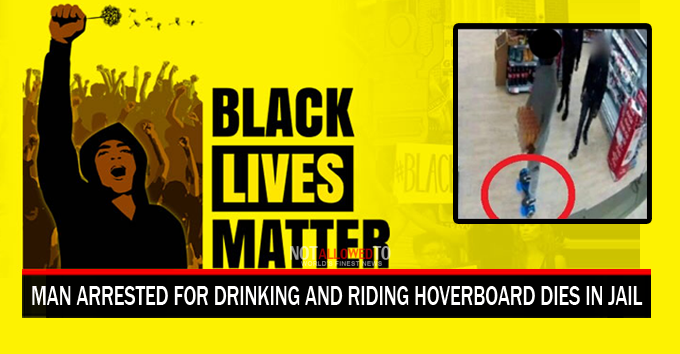 Officer Brown claimed he smelled very strong alcohol on him, so he was taken into custody for operating a motor vehicle under the influence. He was placed in a jail cell to sober up but was found unresponsive in the morning and was pronounced dead at 6:00am.

BLMF has launched a campaign to investigate the suspicious death or a young black man, and plans to protest outside white house. Bruce Lane, spokesperson for the organization released a statement.

“We think it is ridiculous that a black man dies yet again in police custody, and this sends a terrible message to our kids that you can’t even ride a hoveboard, we want justice”

The story is still developing, subscribe to NotAllowedTo for updates.