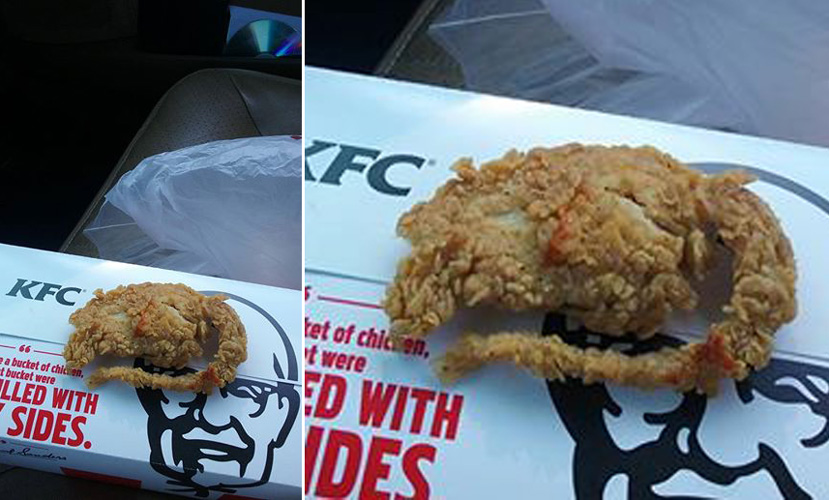 CALIFORNIA – It has been reported that KFC served a “Deep Fried Rat” in a KFC meal.

A man was horrified when he sat down to eat his KFC takeaway and discovered a deep fried rat. YES… A GENUINE RAT ..

Devorise Dixon realised that one of his breaded chicken pieces had a ‘tail’ and looked somewhat like a rodent.

At first, he thought it was just a strangely shaped bit of chicken, but on further inspection, he believed it to be a genuine rat.

KFC bosses stated that no evidence was found to support Dixon’s claims, but did not confirm exactly what the food was.

KFC served Brain to a customer in United Kingdom…

READ : KFC is Not Serving Real Chicken The Truth About KFC’s Name Change