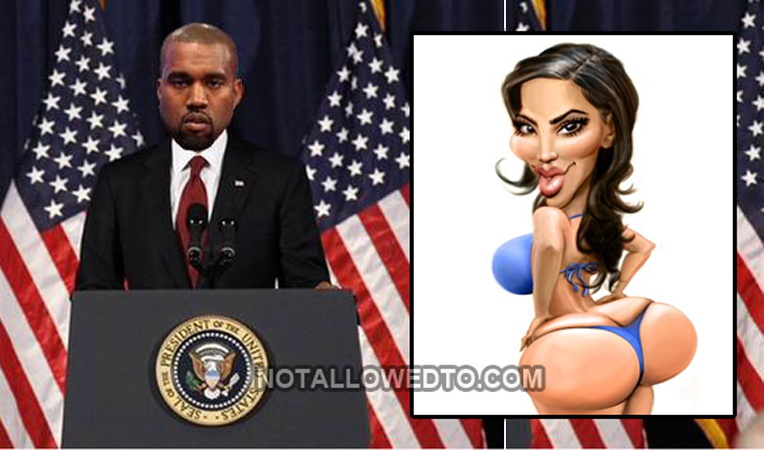 Just when you thought American politics couldn’t get any more ridiculous, look who’s just thrown his hat into the ring to run for office in 2020. Kanye West  announces plans to run for U.S. President in 2020.

Self proclaimed genius/greatest living rockstar on the planet Kanye announced his bid for the White House before predictably dropping the mic and walking off stage.

Kanye justified his decision by pointing out, “It don’t matter though, ’cause it ain’t about me. It’s about ideas, bro”.

After his announcement one angry fan commented :

His ego and Kim’s A** will never fit into the White House. I don’t know if I’m more disgusted by the idea of him running the United States or by Kim Kardashian being First Lady.

What do you think ?