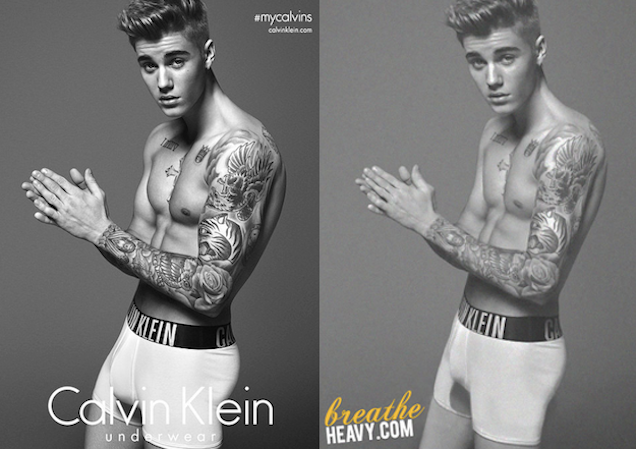 As you can see, CK bulked up the pop star’s biceps, torso, chest and ahem—package—pretty significantly. Bieber’s head was also scaled down to fit the new buffed-up body. Yes, in this campaign, Justin Bieber has less of a big head.

BreatheHeavy.com’s photo came from a source who claims Bieber was a pain to shoot the spot with. “He was basically a douche,” the source told the pop music site. “He hit on Lara several times, and she had to stop him, basically calling him out on being just a child.” 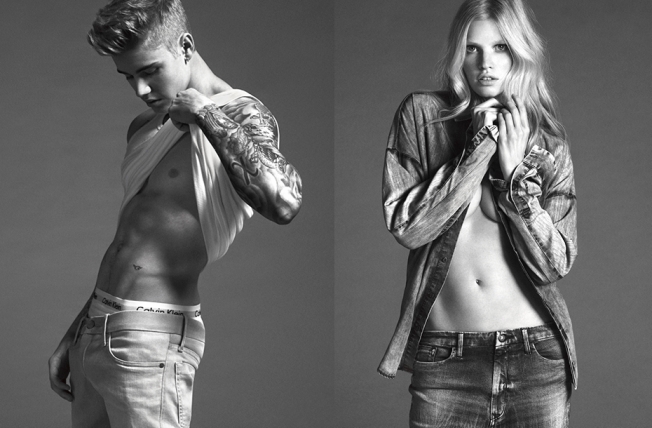 BreatheHeavy has revealed what the site describes as the unretouched images from Bieber’s shoot.