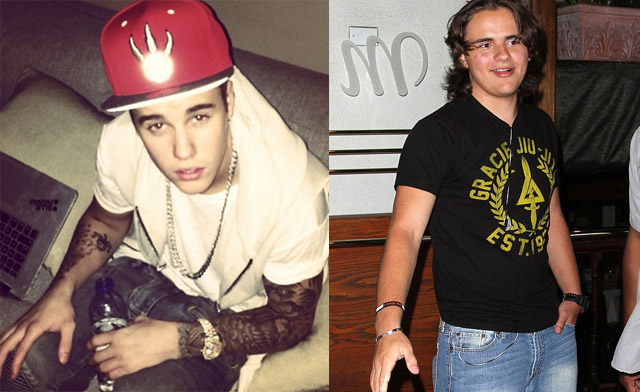 Michael Jackson’s 17-year-old son, Prince, is reportedly working on new music with Justin Bieber. According to Page Six, Prince and Biebs have formed a bromance and are hitting up “secret recording sessions” for a “major recording album,” a source tells the newspaper.

There is also speculation as to whether Bieber serves as a good role model for young Jackson. Allegedly living an “R-rated life,” that includes underage clubbing and rebellion against his grandparents, Jackson also pledges his allegiance to Floyd Mayweather’s The Money Team. Both Bieber and Mayweather had their share of controversy this past year.

“With all of these young girls and Bieber and Mayweather’s influence, we just hope that he doesn’t make a big mistake that he’ll have to pay for the rest of his life,” the source told Page Six.

Jackson has been cashing out with a $66,000/month allowance from his late King of Pop father’s estate, with which he cops luxury cars and jewelry. Let’s all hope that he makes good music and decisions.