Justin Bieber Gets Drunk and Can’t Handle His Hennessey 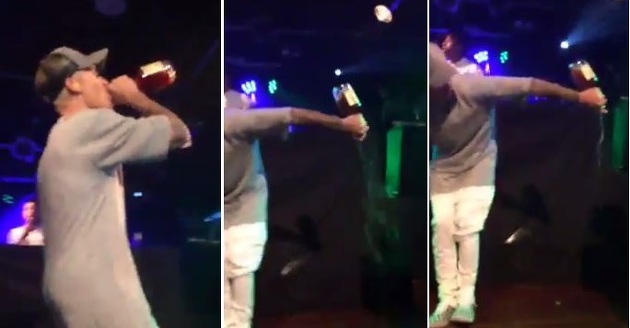 Justin Bieber is his friend Rae Sremmurd, were on stage when Justin proved that he cant handle his drink, throws up…


For those unfamiliar with them, are a pair of liquor sipping, pill-popping rappers/party animals.

Bieber tried to prove that he can also handle his drink. He did this by trying to neck a load of Hennessey, and within about a second, Bieber looks like he wished he’d never tried anything so stupid… for a guy like him anyway.

As soon as that drink hit justin’s stomach, his stomach was like ‘What do you mean?’ and then wanted to chuck it back up. Bieber then walks around a bit, looking very awkward as he tries to take his mind off doing a massive vomit.

He then poured loads on the floor (instead of the mouths of his adoring fans), as by this point he had no idea where he was.