Famous WWE Superstar John Cena tweeted a disgusting photo of the refugee kid that was drowned in water. Cena quoted the picture with the hashtag “#YouCantSeeMe”. The photo was disliked by thousands of fans who left following Cena and started cursing the superstar. 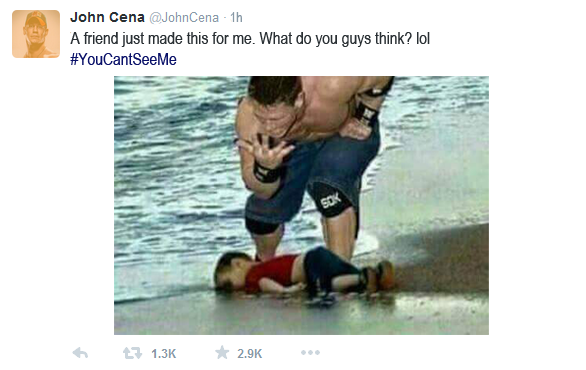 According to the photo caption, it was designed by a friend of John and sent to him which he later tweeted. The tweet was later removed by John Cena as he lost more than 570k fans within an hour.