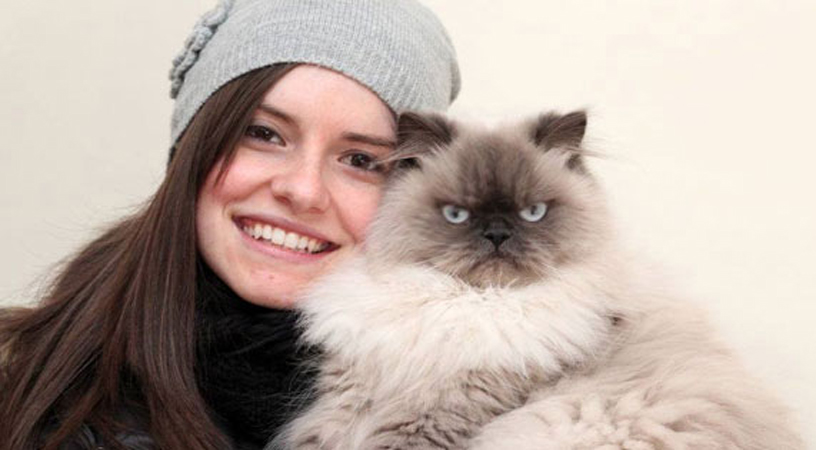 OHIO – The parents of a deceased young man are suing their son’s girlfriend because they claim her “jealous cat” killed their son. The family are suing for 10,000 dollars and “want the animal dead”.

The autopsy of the young man shows the involvement of a cat, as the victim is described as having suffered from suffocation, as well as deep claw marks found embedded in the man’s skin tissue and abnormal quantities of cat hair in the man’s oesophagus clearly link the cat to the death of the victim.

“I never liked that cat, with his mischievous look, I just never trusted the damn creature” the victim’s mom told reporters. “I just can’t believe the darn beast killed our little Billy” she cried out, covering her tear-ridden face. “I just want the damn animal dead” she added in agony.

Several complaints had also been filed by nearby neighbors to the local authorities concerning a number of dead squirrels found in the area and including a recent attack on a pet chihuahua which caused severe injuries and a total of 700$ in veterinary bills.

“Since the attack, Chichi has never been the same” admits John Crawford, the neighbor of the victim. “He’s lost most of his eyesight in his left eye and he’s been very depressed since the incident. He won’t even play ball anymore” he acknowledged.

The cat’s violent history is far from new as the victim had been attacked several times by the cat, to the point where he eventually had to sleep in his own room.

“I never expected our relationship to finish like this” admitted the victim’s girlfriend in tears. “Billy was my soul mate, but I’ve had Whiskers for so long now, I just couldn’t get rid of her like that” she explained, visibly distraught by the whole affair. “I still can’t convince myself to letting her go, I just can’t believe she would do such a horrible thing” she expressed in disbelief.

“This cat has suffered some sort of post-traumatic stress disorder which could explain its violent behavior and with proper treatment, hopefully she can learn to transcend this dangerous and asocial behavior” explains ASPCA spokeswoman, Janet Cheyenne.

Over 4,000 Americans die each year choked by their domestic animal, estimates a recent 2014 Association for the Prevention of Domestic Pet Violence.