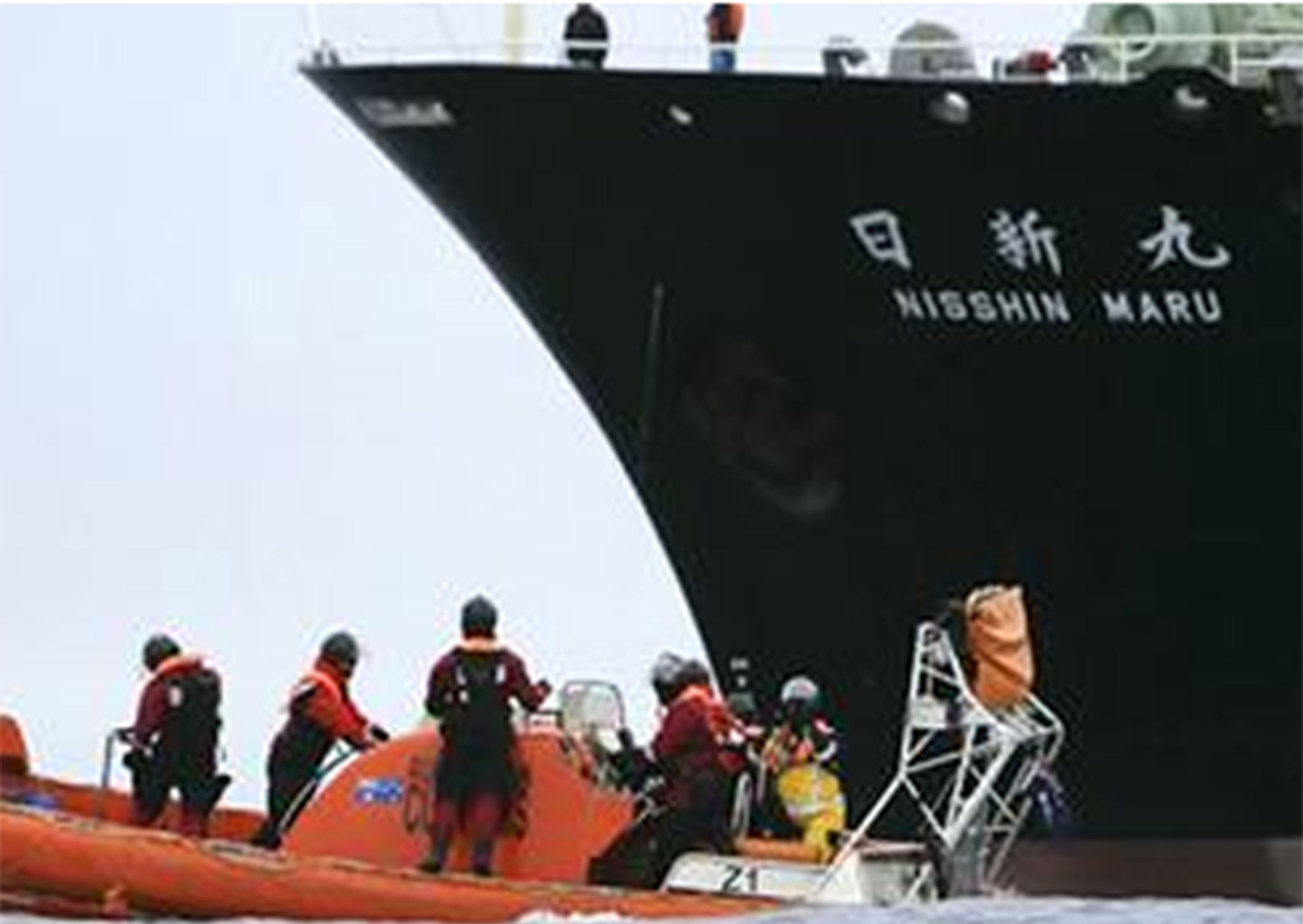 A Japanese whaling crew has been attacked by a school of killer whales, killing 11 crew members and injuring 7, has reported the Japanese Government this morning.

According to report, crew members of the MV Nisshin Maru (日新丸), Japan’s primary whaling vessel and the world’s only whaler factory ship, was forced to leave the deck temporarily after a gas leak was detected within the ship’s processing factory that resulted in the ship being temporarily disabled all while continuing to carry approximately 500 tons of oil.

The panic lead the crew members of the ship to jump off the ship before proper emergency procedures were taken and lifeboats had been set to sea.  The swimming crew members were then attacked by a school of killer whales, that decimated most the crew within moments. “It was horrific” claims Abuka Kuiara, a mechanical engineer who witnessed the gruesome  scene. “The water was red with blood, there were bodies everywhere” he recalls in tears.

In just 20 minutes of the incident, 11 crew members had disappeared into the ocean.

The incident occurred in the Southern Ocean Whale Sanctuary, near the South Eastern Coast of South Africa, a controversial area to be whaling as International Whaling Commission and international court ruling has ordered the country to ends its whale hunt in the Antarctic. The East Asian nation halted its annual Antarctic whaling mission after the U.N.’s International Court of Justice (ICJ) ruled the hunt violated an international moratorium on commercial whaling.

“It seems Japan just doesn’t care about international law” explains environmental activist and spokesman for Greenpeace Canada, James Bin Sahali. “The waste of life is always a shame, but the whales are not to blame here, they were only doing what they are born to do: kill for food” he adds.

Japan has slaughtered over 6,000 whales since commercial whaling was made illegal by the International Whaling Commission (IWC) moratorium passed in 1986.