A new iPhone 6 app set to be released by a Los Angeles based company, is stemming controversy as it should allow users to use their iPhone 6 as an X-ray machine.

This app has been applauded for its ingenuity by many in the scientific community, as it could drastically help in the diagnosis of different medical conditions, particularly in remote regions of the world where X-ray machines are expensive and hard to access.

It is also being decried by certain consumer rights group as «indecent» and «outlandishly immoral» as the app could also be used to see through peoples clothes.

The app that will only work on iPhone 6 mobile phones uses a technology already inherent to the latest Apple products which enable the use of terahertz waves for scientific and medical imaging. 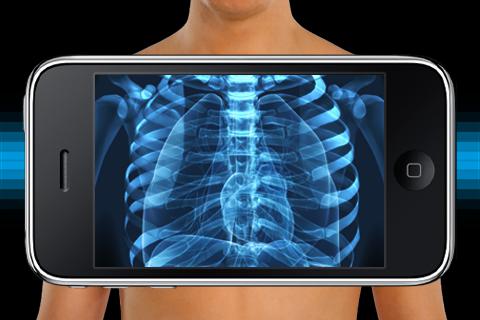 The new controversial app will permit iPhone 6 users to see through peoples clothes but will also have many medical uses.