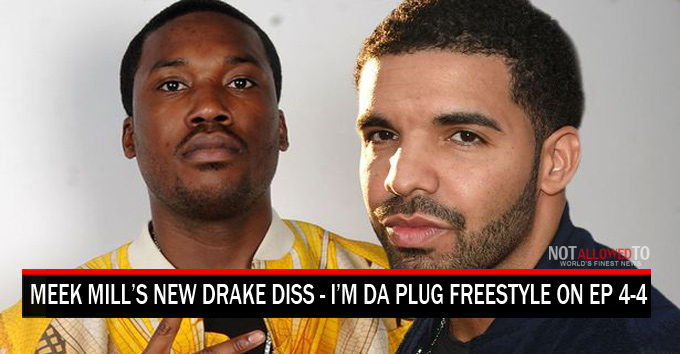 Meek Mill just released a brand new diss for Drake out of nowhere called “4/4,” six months after Drake released “Back to Back”, it seems the response too little, too late.

In a 2 minute track called “I’m The Plug Freestyle,” Meek Mill took quoted lines from Drizzy’s “Back to Back” and used it against him.

Currently everyone is waiting for Drake to respond…! or if he decides to focus on other things, like his new album “Views From the 6.”

Few days ago he uploaded these words to his Instagram page:

“The crown ain’t worth S*** if the person wearing it is a fraud,” posted Meek, which seems to mean Drake still has him really bothered.

Many people believe Meek Mill dropped “I’m Da Plug Freestyle” from his grave. Also check out 5 rappers who died in 2015