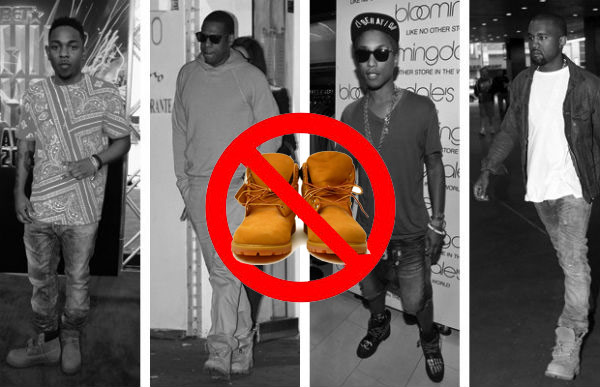 NEW YORK – Timberland new Ceo revealed that he’d rather not see Blacks and Latinos in his boots in the summer time admitting that it’s just tacky to wear boots in the Summer.

Timberland is an almost 70 year old brand founded by Nathan Swartz and brought to prominence in African American’s community also known as Timbs.

“We started this company with a vision. To make the best damn boot that you can wear from the construction yard to the nearest barnyard fire, We didn’t make it so that country bamas could wear them with shorts in 70 degree weather. Just tacky” Said John Kilpins Senior Marketing VP of the Timberland boot brand.

The wheat ‘Timb’ boot is one of the most popular with African Americans and continues to be a staple in their fashion statements and is very prominent in Northern States.

“Timberland will realize how many African Americans wear their ‘work’ boots in the summer after half their staff shows up barefooted in the Summer because all they wear are Timbs. You feel me?” Said the one and only angry black man in attendance at the press conference.