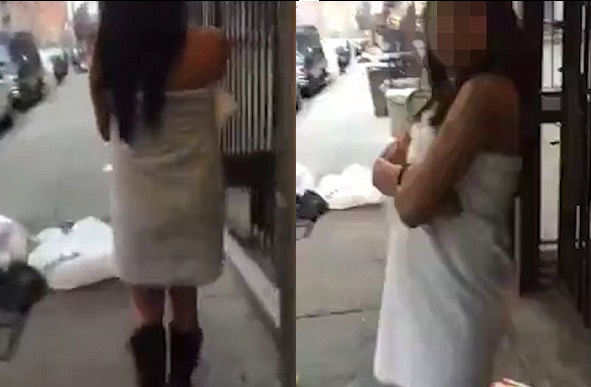 NEW YORK – The husband caught wife sexting and sending naked pictures seven men, and made his cheating wife walk down a NYC street wearing nothing but a towel, and then ripped it off her. 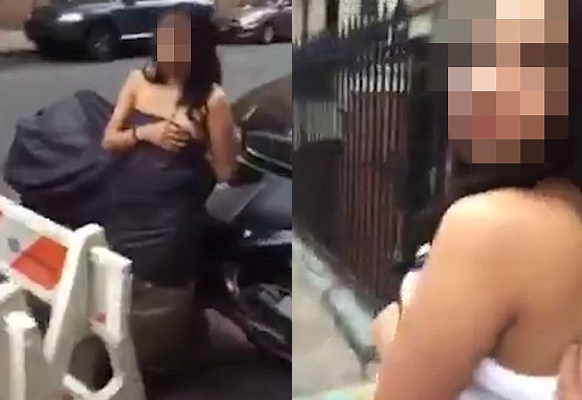 The video, which was shot in Harlem, has angered many people, with some calling for the man to be arrested. The man follows the woman, (who remains calm), screaming insults in Spanish.

The man takes it even a step further by pulling the towel off the woman, forcing her to hide between parked cars. Check out the unsettling footage below: