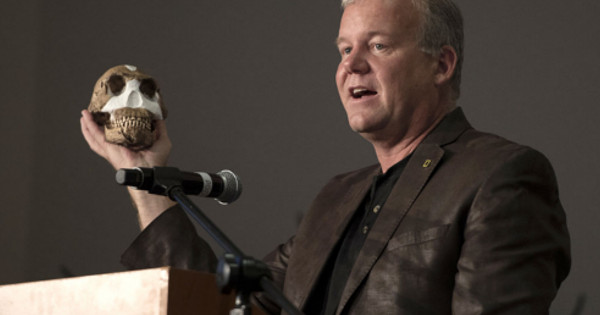 BARCELONA,  SPAIN – A new study by the Institute of Creationist Biology, claims Homo erectus, a forebearer of humanity which went extinct, disappeared because of their atypical sexual preferences.

According to new archeological evidence found in the Palau Pe Dang site in Indonesia, these ancestors of modern humans possibly favored interbreeding with their own gender, leading to a steep decline of their population, believes leading researcher, Emmanuel Fortes.

“Majority of specimens discovered on the site were male” explains biologist and Christian minister, Emmanuel Fortes. “A volcanic eruption at the time covered the group with ashes as they were sleeping. The position of the skeletal remains clearly shows unusual sexual practices between male specimens of the group,” he explained.

The new study claims the widespread practice of homosexuality may have led to the disappearance of the Homo erectus species, nearly 2 million years ago.

According to an analysis of global genomes, Homo erectus DNA sharply declined within the human gene pool, a phenomenon currently unexplained by mainstream science.

“If humanity strives to survive, we must understand the lessons of the past,” he explained. “Homo erectus disappeared because of its unruly defiance of the natural laws of the Earth and thus, destroyed itself. Its a clear warning to humanity that the practice of such unnatural acts will lead to our ultimate destruction as a species,” he warned.

A 2011 phrenological study done by the Institute of Creationist Biology in Barcelona on the largest existing collection of Homo erectus craniums also proved the Homo erectus brain was “extremely orientated towards sexual activities of possible deviant and unlawful nature” revealed the study.