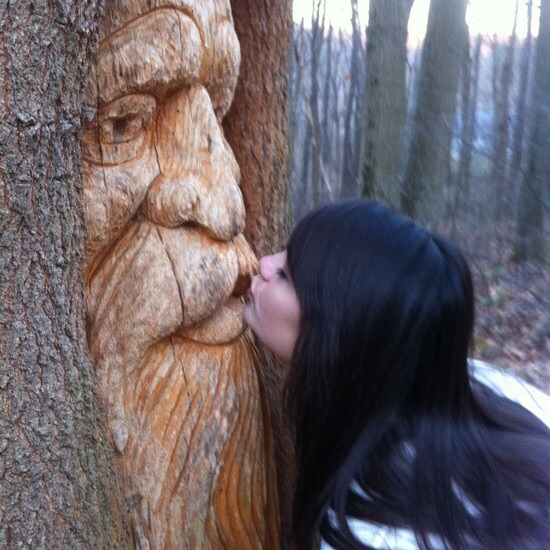 Emma McCabe, 31 has found love with a tree named Tim and says it’s the best s*x she’s ever had.

I love the feeling of skin-on-bark contact, which gives me a more pleasurable pain sensation, and the feel of his leaves against my skin makes me tingle. I look at other trees, but don’t touch – I wouldn’t cheat on Tim. I’d like to get married, but it would be a low-key ceremony with family.

McCabe, who had many serious unlucky relationships with men, says she’s planning to marry the tree although her family won’t talk about it.

It’s believed Emma’s bizarre attraction to the tree may be a result of a condition called dendrophilia where a person is s*xually attracted to a tree.

It’s important to say, of course, that dendrophilia exists – it’s a variant of the s*xual attraction to inanimate objects. It’s a real thing.

And why not? After all, Tim’s a poplar guy. Tall, dark, and in touch with his roots