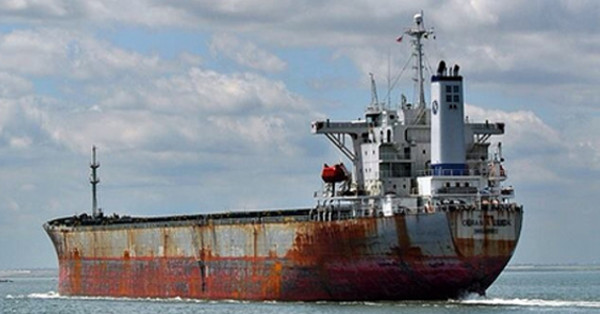 Miami, FL | A large cargo ship originating from West Africa has the US Coast Guards and American authorities on high alert as it is approaching the coast of Florida. All 24 crew members of the ship are reported to have died from the ebola hemorrhagic fever and the presence of hundreds of rats possibly infected with the disease aboard the ship could represent a major threat for the American population.

The ship Guinean Luck left Sierra Leone on July 13 2014 in destination of the Mexican city of Tampico. Six days after leaving the port of Freetown, the captain of the ship reported in a radio communication that some of the crew members were beginning to show distressing symptoms that suggested they could be infected with ebola, and that the ship was changing course to head towards Cape Verde to get some medical help. This was the last time that the crew was heard of, and all men on board are presumed to have died in only a few days later.

The ship could now pose an important threat to the American public, as the ship is believed to be infested with thousands of starving rats possibly carrying the ebola virus. Many of the witnesses who came across the ship over the last months, have indeed reported seeing the rodents feeding off the crew’s bodies as the ship went by. Experts fear that these animals could now spread the disease to humans and other animals on the continent, creating an uncontrollable ebola pandemic in the United States.

The Guinean Luck has been reported multiple times in the Atlantic Ocean, drifting away slowly along the North Equatorial Current towards the American continent. It has been sighted almost a dozen times since November 2014, by various ships sailing north of the Antilles. It was last reported to have been seen by fishermen, only a few nautical miles North of the territorial waters of Bahamas.

Despite their efforts, the American authorities have not been able to locate the ghost ship, but some recent satellite pictures showing the ship have enabled them to narrow the search area to approximately 400 square nautical miles (nearly 1375 km² or 530 square mile).

Ships and officers of the U.S. Coast Guard from the entire East Coast have been mobilized in a desperate attempt to find and sink the ship before it reaches America.

“We are determined to protect the American population” says coast guard commander, James Fitz.“There is no way we are going to let those disease-ridden rats set foot in the USA. We’re gonna find that ship and we’re gonna sink it!”

Experts and analysts estimate that the ship’s actual course and speed will bring it to land or be washed ashore in Southern Florida over the next weeks. The authorities remain confident however, that the ship will be found and sunk before it reaches the coast.