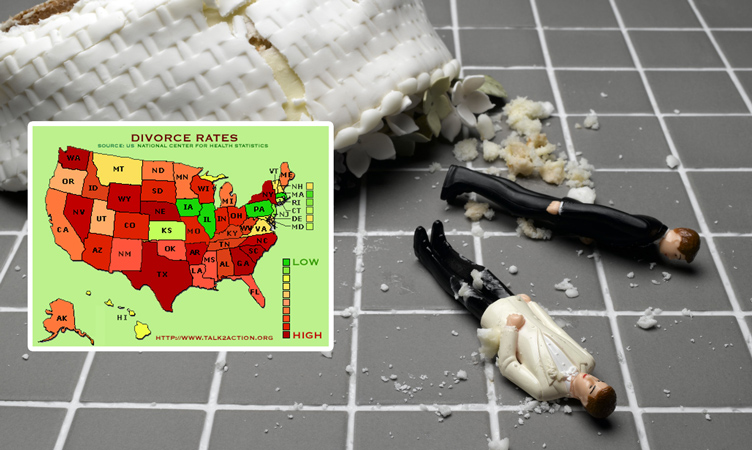 After gaymarriage was declared legal across the U.S by the Supreme Court, thousands of already married same-s*x-couples filed for divorce.

A new report finds that same-s*x couples are divorcing in greater numbers after the supreme court ruling.

Courthouses were surprised by the amount of same-s*x couples filing for divorce directly after the ruling that would have legalized their marriages in states that hadn’t already done so. Now that people could marry people from so called ‘s*xier’ states like Texas, that left a lot of room for people to go looking, and thus couples have decided to divorce and move on.

Couples realized their marriages were unlikely to be annulled by another law banning gaymarriage, that they were probably stuck with each other for the rest of their lives, and thats pretty scary!!!

Heteros*xual couples are likely to fare worse out of gaymarriage equality, with many commenting ‘Now all our GayFriends are asking for wedding and marriage tips, its so dull…

Divorce rate is going skyrocket, ‘Well if everyone can do it, its not really special anymore’.