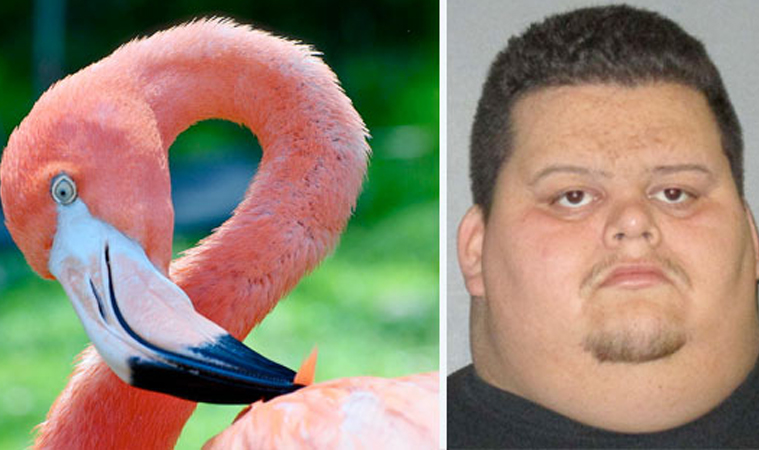 Tampa Bay, FL | A 22-year-old man has been arrested this morning after he allegedly proceeded to sexually assault a pink flamingo in front of horrified bystanders.

“My 4-year-old pulled on my shirt pointing to the man saying: Mommy! Mommy! Look at that man, he’s riding the flamingo!” reported one eyewitness.

“Kids started crying all over the place, there must’ve been at least 40 people watching the scene,” one woman told reporters.

“The guy then screamed out like he had just had an orgasm and then just threw the bird on the side and put his pants back on like it was totally normal, like he had done this every single day of his life,” said another.

Although the offender was rapidly apprehended by Busch Garden security agents, the damage to the animal had already been done as it died of internal bleeding hours later.

“Flamingos have extremely small genitals and sodomy is not known to be part of their sexual habits,” he told reporters.

“Skittles could just not sustain such intense physical abuse,” he added, visibly angered by the whole affair.

Although sexual assaults by humans on pink flamingos are basically unheard of in the United States, a 2014 World Wide Fund for nature (WWF) study found that the practice was still fairly common in certain regions of Mexico and other Latin American countries where cultural belief still holds that sex with a pink flamingo may bring luck and prosperity.